There are two plants in the UK that you will have seen but possibly not realised how invasive they are – the pink-flowered Himalayan Balsam and Japanese Knotweed.

Getting rid of either of these plants takes a mix of expert knowledge, chemical treatment, pa-tience and perseverance. And the good news is, we can help you. 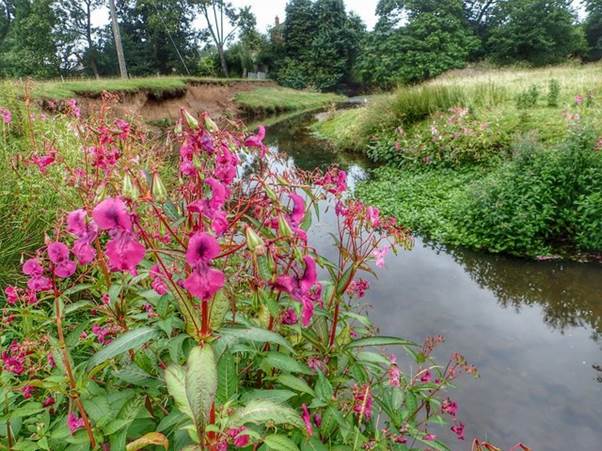 This member of the Balsaminaceae family was added to Schedule 9 of The Wildlife and Countryside Act 1981 meaning that it is illegal to plant or otherwise grow this plant in the wild.

What’s the problem with it?

It is a plant that grows rapidly, quickly smothering all surrounding vegetation. This reduces the much-needed diversity we require across the land for insects, birds and wildlife.

It is an annual plant - it grows from seed to flower and dies within a year. It doesn’t have an extensive root system and it favours a site near water where the soil is rich in nutrients, two factors which cause problems.

River banks are weakened by this shallow rooted plant as soil is washed away easier. However, in late summer, the plant produces pollen favoured by bees and wasps. 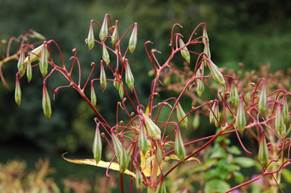 It is the tallest annual plant in the UK, growing up to 3 metres in height. It has vibrant pink flowers supported on fleshy, hollow stems that are green in spring but turn red as the year progresses.

Its leaves are elliptical in shape and its seed pods explode, spreading seeds over seven metres.

How to deal with it

There are several accepted methods of treating and eradicating the plant;

The use of pesticides is an effective treatment but like all chemical substances, they are best used by experts who understand their impact not only on the plant, but on surrounding vegetation and wildlife.

The issue with the Himalayan Balsam is its penchant for growing close to river banks. Clearly, using pesticide treatment that could contaminate the water is not recommended. Unfortunately, some pesticides also kill other plants and vegetation too.

Not all domestic weed killers are effective either and can contribute to its spread. There is no doubt that when it comes to effective treatment of this invasive annual plant, professional treatment is the best way forward. 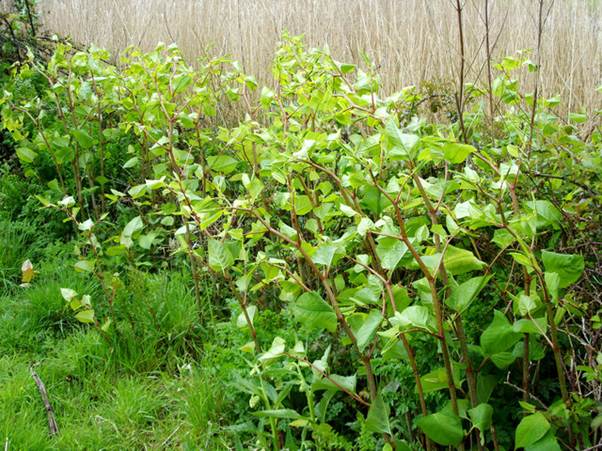 Another invasive, non-native species in the UK is Japanese Knotweed. The damage it can do to properties and hard landscaping is immense. Like the Himalayan Balsam, growing or cultivating this plant is an offence under Schedule 9 of The Wildlife and Countryside Act 1981.

What’s the problem with it?

The Japanese Knotweed species was introduced into the UK in the mid-19th Century by botanists who had no idea of the damage it would eventually cause.

It grows vigorously from mid to late May, dominating the area in which it grows. It’s two-metre tall, hollow stems block out any other vegetation. Late in the season, white flowers will appear.

Unlike the Himalayan Balsam, Japanese Knotweed has rhizomes (underground stems that produce other plants). Disturbing the soil around Japanese Knotweed make these rhizomes more plentiful, contributing to the spread of the plant even further.

The speed at which it spreads is incredible – since its arrival in the UK in 1854, it has spread all over the country.

Many people assume that it can be dug out but due to the rhizomes, the amount of soil that needs to be excavated is extremely large – three metres in depth and seven metres horizontally from the plant. The contaminated soil is then classed as ‘controlled waste’ and is subject to regulations, such as disposing in a licensed waste facility.

Unless you can comply with these regulations, do NOT dig out Japanese Knotweed.

Chemical treatment is the most cost-effective means of treating Japanese Knotweed. The good news is that some of the pesticides use by professional pest controllers affect only this plant and others, such as Rhododendrons which are also considered a nuisance, and not grasses or other plants.

But this is not a quick fix, with professionals spraying an area for up to three years to deal effectively with Japanese Knotweed. There are other considerations when treating the plant with chemical pesticides, such as whether the area being treated is near a water course. Contaminating land or water, however unintentional, can lead to legal action against you.

If you spot Japanese Knotweed or Himalayan Balsam

Do contact us as we can deal with infestations safely, ensuring minimal damage to the surrounding area as possible. And, treatment is not as expensive as you think…